Casinos offer a variety of poker games to play. Poker has always been played way back in the 18th century and with its increasing popularity, it is safe to say it’s not going away anytime soon. However, it is prudent to note there exist many variations and versions of poker game. You can find more info on poker at for example Poker Listings. 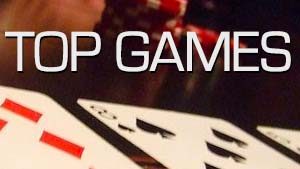 It goes without saying that, this is the most popular poker game, ergo they even make movies about it. It never misses in the World Poker Series. There are four rounds of betting, and in this game, players are dealt two “pockets/hole cards” which is the first round and then wait for five community/shared cards to be revealed in the next three rounds. Three of the five cards are shown (the flop), then the fourth in the upcoming series (the turn) then the fifth and final card (the river).

This game aims to make suitable combinations of the hole cards and the shared cards during each round.

Here are some necessary Do and Don’ts.

This type of poker is a game of big cards, seek out to play big poker hands like KK, AA, QQ or JJ, and also hands containing the combination of two cards in the Ace to Ten zones like AQ, AK, and KQ.

A new player should play the starting hands that will ensure no trouble towards the end, like AA, KK, QQ, AK (suited), JJ, 10-10, 9-9, AQ (suited), 8-8, and 7-7. The later you act, have your starting hand requirements wide. This will ensure your opponents find a difficult task to put you on a hand while you make your decisions easy.

Indeed two cards of the same suit are recommended. However, they are usually less worth than more trouble. The chances of you making a flush by the river are very slim (15 to 1; against). Moreover, your opponents will try and make it very expensive for you to even see the river.

Can be composed of 2-10 players, it is quite similar to Texas Hold ‘Em as it has four rounds of betting but the difference is that the five shared cards are revealed immediately, and the players must make their best hand of five, two from their hole and three of the shared, to win.

Here each player is dealt with seven hole cards (three down, and four up) and the aim is for the players to make their best hand of five from the seven hole cards initially dealt. At the beginning of the game, two face-down and one face-up card are dealt to each player.